5 idioms you’ll hear in a meeting with Americans 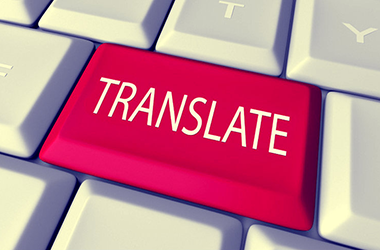 If youv’e ever had a meeting with Americans, you know its’ not always easy understand them. First, they have a tendency to speak fast and without articulating. Thats’ one problem. But even if you understand the words, sometimes you still dont’ know what theyr’e talking about. Your’e probably a victim of English idioms!

Sure, idioms are fun. They add color and imagination to language. In meetings, however, they just make it more difficult to communicate in English. As if English wasnt’ already challenging…

You dont’ have to be a victim of idioms! To help you survive your next meeting with Americans, here are 5 common idioms that your’e likely to hear.

“stuck between a rock and hard place”

If you try to literally translate this idiom, youl’l find that it doesnt’ make much sense. Thats’ the first piece of bad news. The second bad news is the meaning of the expression. When you hear an American say “It looks like wer’e stuck between a rock and a hard place”, you have a choice between two difficult decisions. Neither one is fantastic, but you have to choose.

Françoise: Either we decrease working hours and increase salaries, or we face a strike by all of the workers.

Bob: Wer’e always stuck between a rock and a hard place with the French workers!

Françoise: What? I think their demands seem reasonable.

This has nothing to do with making Christmas decorations with paper and scissors, unless youv’e outsourced your Christmas decoration production from France to China… “To cut corners” means to find a shorter or cheaper way of doing things, but usually with worse quality as a result. Dont’ expect your boss to be happy if you tell him or her that you cut corners on your recent project!

John: We got the products back from the factory in Istanbul, but theres’ a problem.

John: Someone decided to cut corners on the translation. It says “Made in Turkey” in English, but “Fabriqué en Dinde” in French!

Use this expression and your’e sure to get the attention of your American colleague. Why? It means youv’e nearly finished your long, French-style explanation and your’e going to summarize it in a few sentences! A nutshell is small, so you couldnt’ put many words in it (if it was realistic to put words in a nutshell, but English is not always logical, as you already know…). To explain something “in a nutshell” means to summarize succinctly.

Jacques: blah, blah, blah…and so if we consider the results from the past 5 years…

Ginny: Come on Jacques, in a nutshell, whats’ the problem?

Jacques: In a nutshell? Wer’e still looking for the solution.

Ginny: It took you 20 minutes to explain that?!

“go back to the drawing board”

No, your American colleague isnt’ proposing a session of artistic brainstorming or a lesson in sketchnoting. Hes’ saying that you need to start again from the beginning. Somethings’ not right. Youv’e done all the work, but nothings’ functioning the way it should. Instead of continuing a doomed project, its’ best to just start again from nothing. Back to the drawing board…

Ashley: We did a market test to see if the bacon-ketchup-chocolate donut would be successful in France.

Mathieu: Yes, and what were the results of the test?

Ashley: I think we should go back to the drawing board. It failed miserably.

Mathieu: What did you expect?

“off the top of my head”

If your colleagues’ response to your question starts with “Off the top of my head…,” dont’ take his or her answer as absolutely true. Its’ just a quick estimation, not based on any research or facts. It means theyr’e answering your question because you asked, but they dont’ have a real idea of the correct response. Dont’ base any big decisions on an answer starting “Off the top of my head…”

Mélanie: We should expand our business into a country that borders France. Bill, any suggestions of countries?

Bill: Off the top of my head, Id’ say Hungary is a good choice.

Mélanie: Umm, right…uhhhh….Ludovic, what about you, do you have any better suggestions?

Five idioms isnt’ enough for you? Your’e in luck. I’ve also created a video that explains 4 business idioms inspired by the all-American sport of baseball so that you dont’ strike out in your next discussion. Dont’ understand “strike out”? Watch the video 🙂

An American in France since 2004, Christina coaches clients to better communicate in English and regularly speaks in conferences all over Europe. She is on a mission to boost the English level of French people everywhere with her YouTube channel Speak Better, Feel Great TV. If you’ve got a meeting with Americans soon, you’ll definitely want to sign up for her Speak Better, Feel Great Newsletter. 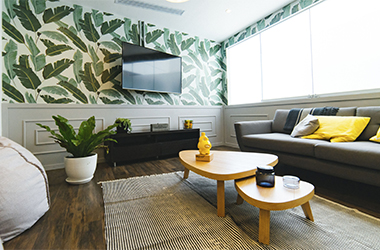 Transform your meeting room into something atypical 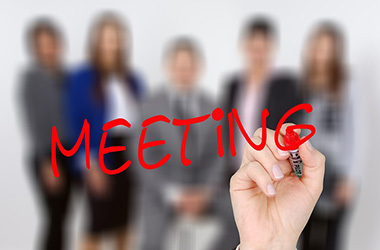 6 mistakes you make when you speak English in a meeting 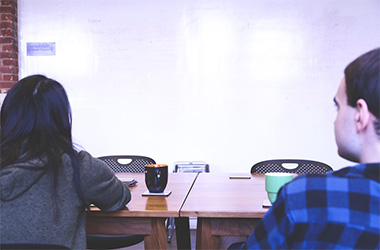 Presentations in English: What not to do 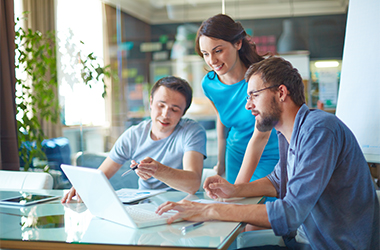